Essential sponsors for an epic CON-X 2019 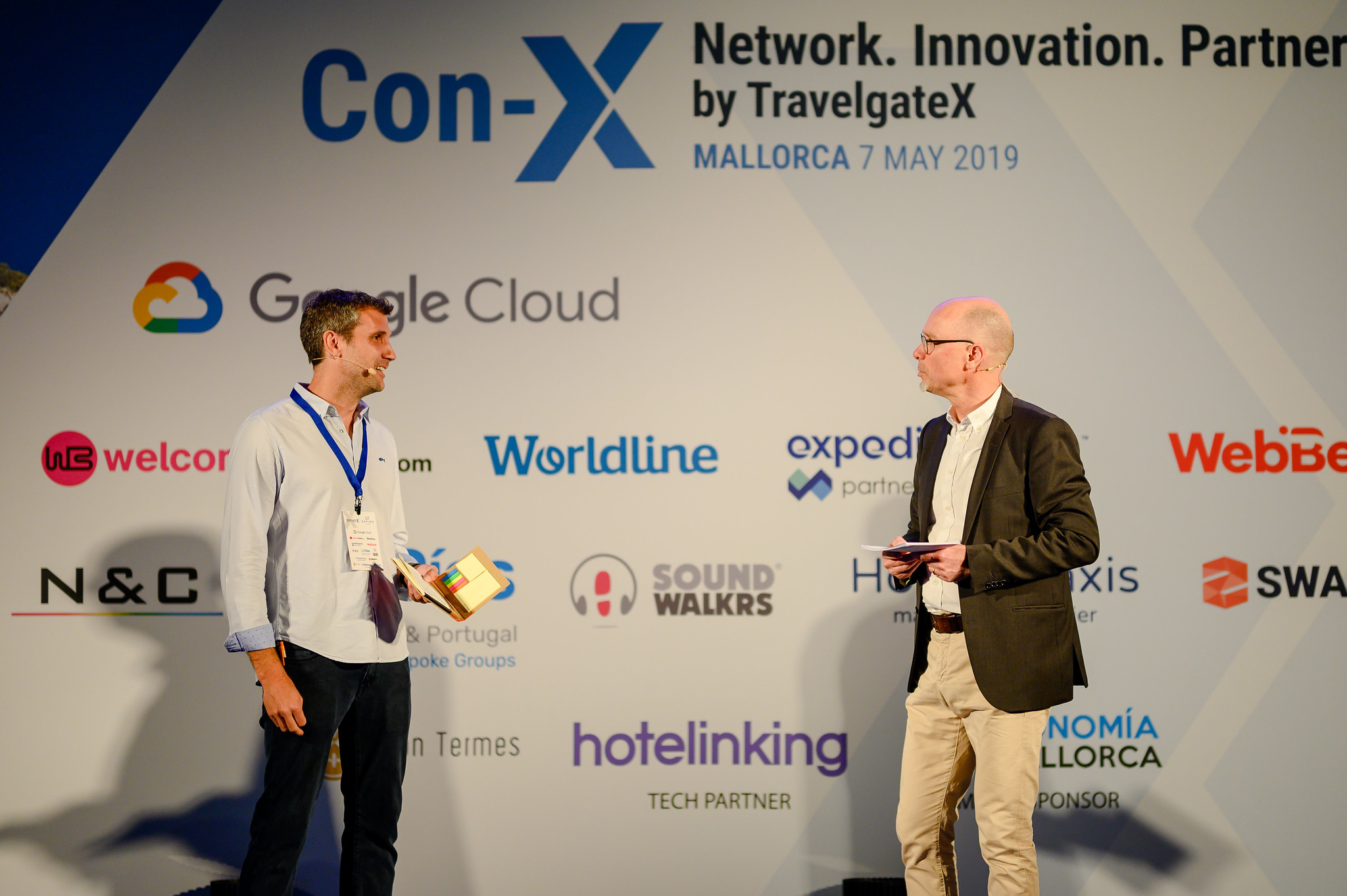 Sponsors are a fundamental part of any event, so we want to make a special mention in this post to those who have helped us create the first TravelgateX conference in Mallorca. We’re thankful for the trust they’ve put into our team, in the hard work, and that has made possible Con-X 2019.

It was not easy for the organizing team to gather all of these sponsors, especially since the search began in September 2018, just nine months before the conference. It is worth mentioning that Con-X was the first corporate event of its kind organized by TravelgateX and that even without previous experience we were able to do something great for our customers and partners.

After several calls, presentations, and meetings, the team got its first sponsor, Welcomebeds, who was in charge of giving color to the day through the ” Energizer ” during the second round table of the event.

The second and not least was Zafiro Hotels. In a first meeting, the accommodation needs for the speakers were raised, and the representatives of Zafiro did not hesitate to accompany, help the organization and provide what was necessary to make it happen. A few weeks later, Google Cloud joined Con-X and decided to participate as a technological sponsor supporting the initiative and joining the Silver plan of #conX2019.

As the days went by, we began to count on more international support, such as N&C Advertising, Worldline, Interrias, Expedia Group, Webbeds, Holiday Taxis, Parc Bit, Swappt and SoundWalkrs, the creators of the video ” Energizer ” which was reproduced during the Innovation Talks and round tables.

Con-X would not have been possible without the contribution of Hotelinking and EconomíadeMallorca who acted as Tech Partner and Media Partner respectively. Their presence was fundamental and essential to make possible an event of this magnitude and achieve the satisfaction of the attendees.

Finally, it should be mentioned that Con-X would not have been possible without the collaboration of Finca Son Termes, as well as the logistics and content work of La Paloma Event, Go Consulting together with Move Management. All of them have dedicated several hours of preparation so that everything went perfect. TravelgateX would like to thank the contribution of Ashton Living for the wonderful job of decorating the stage and thank Smyrooms, Connector Travel and Hub Innovation for their collaboration.

And for Con-X 2019 to become an unforgettable memory for all, the organization counted on Ignacio García in graphic design, Daniel Mota in the realization of the official video and pre-event with Cristian Trujillo in the more than 900 photos published in the album of the TravelgateX team.

CON-X 2019 & Zafiro Palace: The beginning of an unforgettable journey

In the afternoon on May 6, the TravelgateX team met up at the Zafiro Palace Palmanova with many of...

The companies specializing in travel technology join in an agreement that will allow OTAs, travel...

“The push connectivities provide our clients with faster response times in availability,...