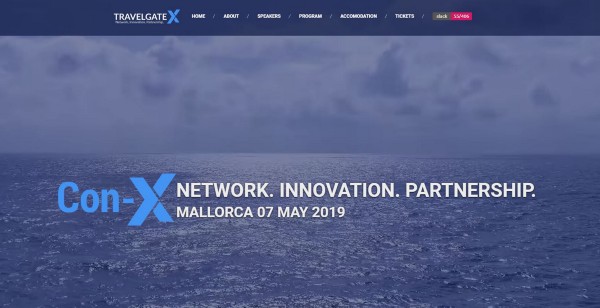 This pioneer B2B conference will be the first of its kind and leading travel companies from all over the world will come together to participate in an intense day of networking and innovation talks.

TravelgateX has now been serving and connecting companies around the world for seven years. For 2019, the team decided it was time to ”de-virtualize” their partners and offer a space where everyone could get to know each other in person. Con-X 2019 is the first annual conference organized by this marketplace and aims to bring to Mallorca over 300 partners from around the world. The event will be held in a majestic 13th-century Mallorcan Finca founded by Oliver de Termes, one of King James I of Aragon knights.

Three pillars of the company

CON-X is based around the three pillars of the company: Network, Innovation, and Partnership. During the event, the attendees will have the opportunity to meet and interact with other professionals, attend talks and hear from intrepid companies certain to inspire. Attendees will also participate in tactical workshops specially designed to discover new business opportunities.

CON-X is a leap of faith organized by this young and fast-growing company passionately led by Pedro Camara, himself a computer engineer. TravelgateX is the leading marketplace helping its partners to multiply their business. The company processes 2+ billion searches every day, connects 300+ buyers and 600+ sellers around the world. A dizzying sum of 2 terabytes of data per day is analyzed and processed to present, forecast and compare the performance and trends of the entire travel industry. TravelgateX offers unique products such as Hotel-X, Insights-X, Channel-X, which helps its partners to increase traffic, sales, connections, and access more benefits through the Hub. 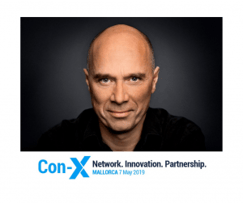 15 success stories that will inspire the attendees of CON-X

The TravelgateX team has chosen the most impressive technology and tourism-related stories to help awaken creativity, inspiration as well as provide useful, quality information for attendees. Among them will be:

Network: Businesses are made up of people, and those people have relationships and links with the communities in which they live. A network is key for any business; it’s where new associations are created, and existing ones are strengthened.

Innovation: Be inspired by the leaders and innovators of the industry, learn what they have already done, what they are doing now and what they are going to do in the future.

Partnership: People are what matter most in business and everyone will be at CON-X, including the C-Level of the most influential companies in the industry. You just can not afford to miss out on this opportunity.

Right from the start of the project, Zafiro Hotels has strongly supported CON-X and are the proud hosts of our speakers.  TravelgateX has also secured exclusive discounts at other hotels in Mallorca, where our Attendees will be staying.

Special thanks to our sponsors!

Carefully prepared, the program has been designed to inspire attendees as well as provide them with space and opportunity to meet each other, exchange ideas and form connections. In addition to this, the TravelgateX team has an open channel in its Slack community where all attendees can meet, interact, introduce themselves and discuss in real time the day’s events.

TravelgateX participates in the closing of the first Conector Travel

The TravelgateX team participated in the closing of the first Conector Travel program at the Caixa...

Why innovation ecosystems are essential for the future of the tourism sector?

It has been an honor for the TravelgateX team to participate in the ParcBit Get-Together with...