TravelgateX attended the Google Cloud Next in London 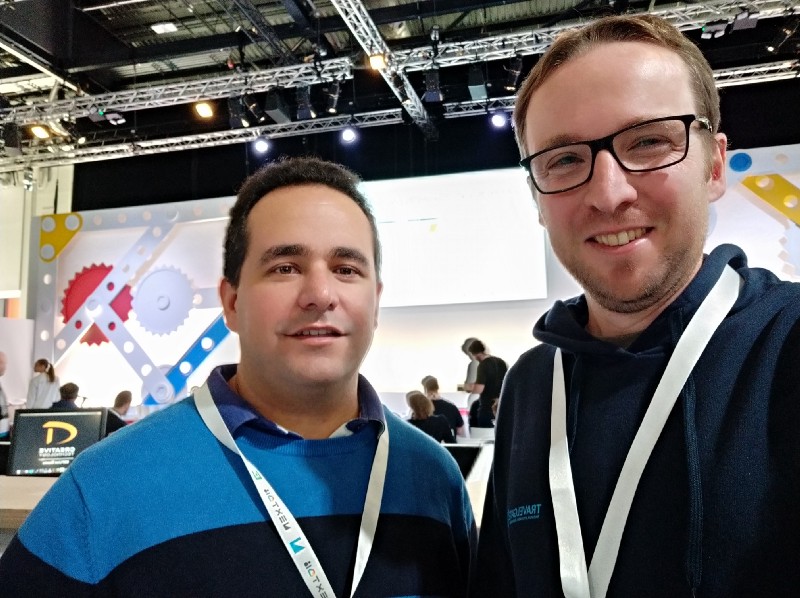 Next ‘ 18 London is a two-day global exhibition of inspiration, innovation and education. Our TravelgateX Team attended the event which highlighted how the cloud can transform the way we work and boost our success.

The Conference addressed topics related to applications, developments, collaborative tools and productivity. There was also room to delve deep into subjects such as the development of applications, data analysis, infrastructures, operations, IoT, Machine Learning, Artificial Intelligence, and security, among others.

Oscar Pérez (CTO) and Carlos Tur (CIO) participated in the conference and really enjoyed the talk by speakers Kelsey Hightower, Brian Stevens and Melody Meckfessel as well as the messages by the keynote speakers.

The growing interest surrounding SRE was addressed by the authors of the book “Site ReliabilityWorkbook”, who had a round of questions and shared their views with the audience. TravelgateX participants received signed copies of the book, which is a reference in the field.

Oscar and Carlos both confirmed that Google still keeps a very close relationship with the academic world, by assigning grants to several research teams within this field. In fact, several university researchers participated in the keynote on “Computing with Power Not previously Possible with BigQuery & ComputeEngine”.

Finally, Oscar and Carlos also pointed out a few points to be improved in the future, such as the overcrowding of the Conference and very large, open spaces which gave no opportunity for face to face interaction with the speakers and/or engineers.

In conclusion, Google is applying a very aggressive strategy on several Open Source products such as Memorystore (Redis) or Cloud Composer (Apache Airflow), enabling the creation of production environments in which these products can be used in a fast and efficient way. However, the recognition of the teams and the people who started these products — such as Salvatore Sanfilippo (Redis creator), was missed.

TravelgateX participates in the GopherCon Europe 2019

The Go community continues to grow, a calendar full of events, meetings, workshops and conferences....

TravelgateX brought together the global travel industry in Mallorca to celebrate Con-X. An event...